@agustinaarroyuelo just made a PR to include SMC-ABC into PyMC3. As this is an early version there is a lot of room for improving the code and the implemented algorithm, specially how to compute the epsilons as this is a critical step. Also there are a few new features in the SMC code that could be used in SMC-ABC. At some point it should be nice to refactor the code to avoid redundant code between SMC and SMC-ABC, but as a first approach we decided to make the SMC-ABC code as independent as possible from the rest of PyMC3 until we get a more or less stable version.

hello @junpenglao , thanks for your suggestion. I enjoyed experimenting the model shown in the Dynamic model in PYMC3 example rather than generating using scipy function and performed inference using both NUTS as well ADVI (Variational inference).
ADVI - 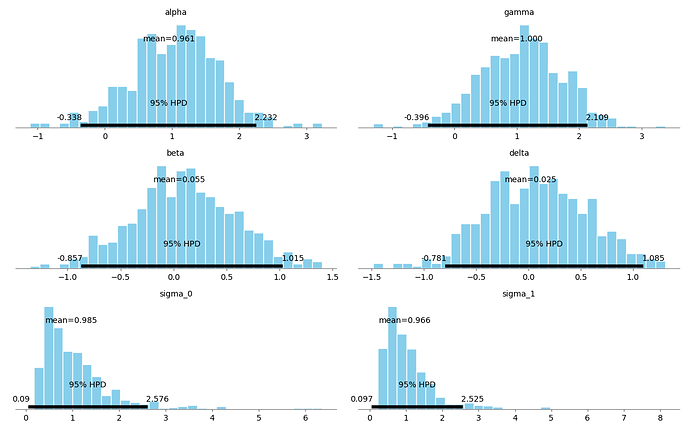 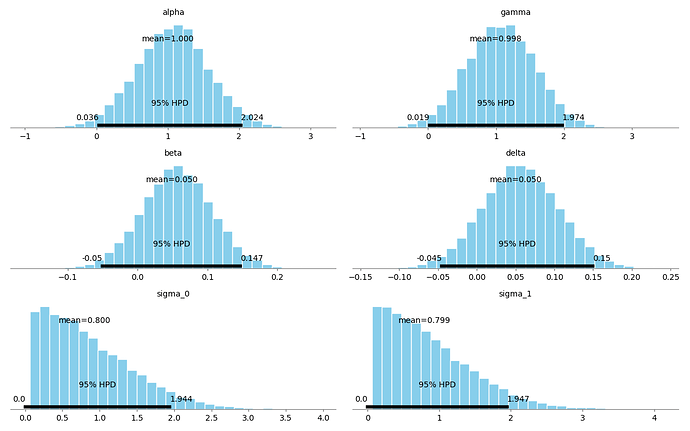 As suggested by @aloctavodia to contribute to the SMC-ABC part i will explore it, your suggestion regarding it are most welcome.

thanks @aloctavodia , I will explore regarding it and discussion with you soon.