pm.sample() can optionally return a trace as an arviz InferenceData object instead of a MultiTrace, and soon that will be in the default behavior. InferenceData is better than MultiTrace in several ways. But it seems to be missing a key feature.

When sampling in NUTS encounters divergent transitions, the details about the divergences are captured in the MultiTrace object. For example, consider the Devil’s Funnel (ht: @AlexAndorra):

This model produces many divergent transitions. We can see the details of these transitions in the MultiTrace object by examining trace.report._chain_warnings: 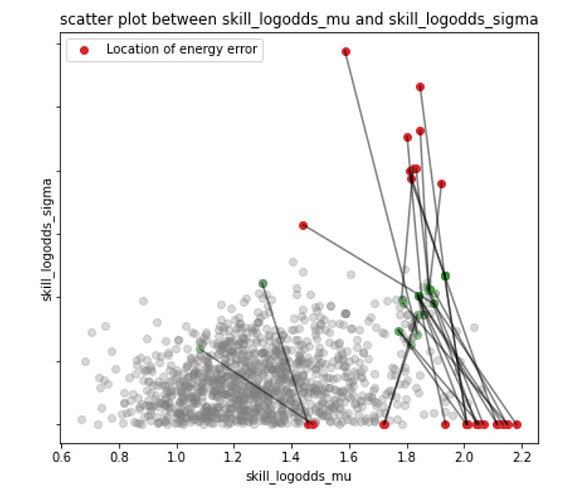 Without the detail to draw this plot, it is difficult to diagnose these divergences.

As far as I know, this kind of divergent leapfrog detail is not captured in the corresponding InferenceData object. Or at least I cannot find it: 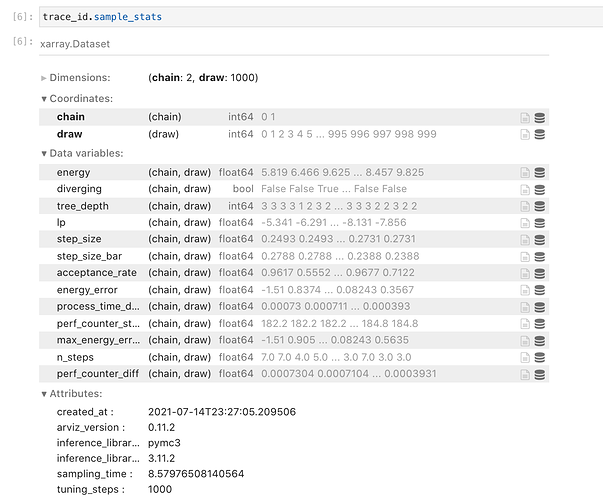 Is there a plan to capture this super-useful divergent detail in InferenceData?

My temporary (and not-so-elegant) workaround is to copy pm.sampling.sample to a “utilities” module in my project, rename the function as pm_sample, and replace its last lines with:

Can one of you open a request issue on our GitHub?

This would be part of the first goal in v4 <-> InferenceData integration · Issue #5160 · pymc-devs/pymc · GitHub, you can also leave a comment there instead of opening a new issue. But if you do open a new one please link to this one.