What does it mean when posterior predictive mean is outside of the credibility values? 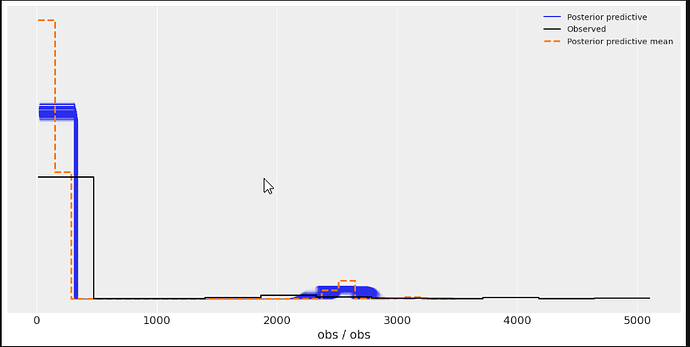 Note: the current behaviour has a nice feature though which is that the start and end of each line is the min and max values in the provided samples. Therefore, the end of “posterior predictive mean” being around 3500 is a clear indicator that no sample in the posterior can account for the observations around 4k or 5k, which indicates the model has an issue here.

Personally, my main recommendation however is to default to ECDF plots whenever possible. In this case that would mean using kind="cumulative" when calling plot_ppc. Also it is generally a good idea to combine it with plot_bpv or plot_loo_pit.