Hierarchical model with mixture prior

I’m trying to fit a hierarchical regression model where the slopes follow a bimodal distribution (a mixture of two normals) rather than being normally distributed around a group mean. Essentially each beta value should come from one of two normal distributions, but I have no prior knowledge of which distribution it comes from.

This may be a dumb way to approach this, or simply impossible, but I’d appreciate any help!

Here is a minimal example: 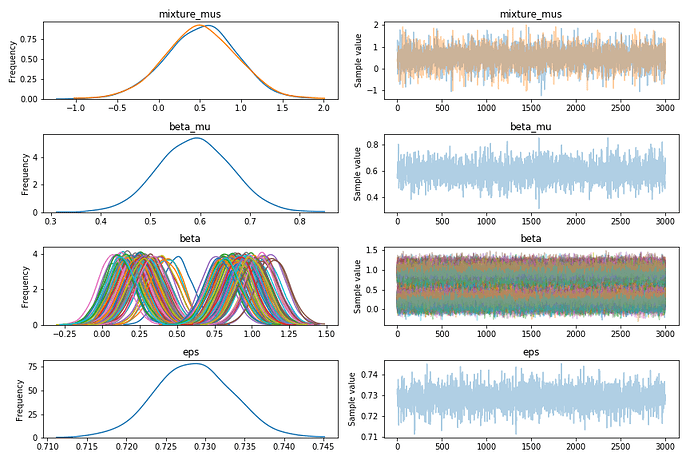 And for reference, the true beta values used to simulate data (which I’d expect the group beta to look like): 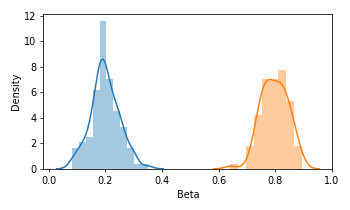 I was facing what seems to be a similar problem some days ago when trying to estimate the parameters of two linear laws mixed in the same dataset. 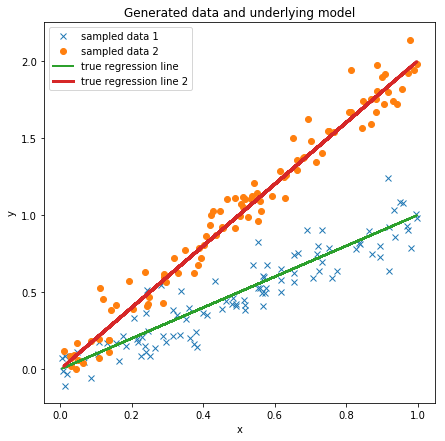 I managed to get some good results by using a NormalMixture as likelihood. My understanding is that a simple Normal law will not be able to capture the bimodality of the data distribution as it is only a single mode.
For parameterization, I have followed the first one given in this post.

I hope this can help.