Which makes my previous example of truncated regression https://github.com/drbenvincent/pymc3-demo-code/blob/master/truncated_regression_pymc3.ipynb wrong (as it used TruncatedNormal).

I changed that to use Bounds…

This points you to an example on censored data, which seems inappropriate given the task is truncated data. And it seems frustrating that you can’t use a bounded/truncated normal with observed data - but I don’t know if there are technical reasons for that. Either way it would be good if you could.

Is there a concrete example/explanation of how you can model truncated (not censored) observed data? Any ideas very welcome.

I just noticed that the wikipedia article on the truncated normal distribution actually says this:

[The truncated normal distribution] is used to model … censored data in the Tobit model.

So, as you say, a truncated distribution is not appropriate for truncated data. So it seems that “truncated” is, rather unfortunately, a statistical homonym.

If I understand this correctly, in censored data, you know which boundary an extreme datum has crossed, and the typical way to codify this is to set said datum to said boundary. By contrast, in truncated data, you don’t know anything about extreme data, including how many there are or where they were in the data set. As it says here:

Truncation is similar to but distinct from the concept of statistical censoring. A truncated sample can be thought of as being equivalent to an underlying sample with all values outside the bounds entirely omitted, with not even a count of those omitted being kept. With statistical censoring, a note would be recorded documenting which bound (upper or lower) had been exceeded and the value of that bound. With truncated sampling, no note is recorded.

Logically, then, there is actually no proper solution to the problem of truncated data. The best you can do is Heckman correction, but I haven’t read up on this and don’t know if it makes sense in a Bayesian context.

Good educational info here. It clears up some of my confusion. Thanks

There are apparently some regression models for truncated data, but the Wikipedia page is vague. I’ve ordered a second hand copy of

in the hope that it will be useful.

For my particular problem at hand, I’ve decided to go for maximum likelihood methods using:

I may have been fooled into thinking truncnorm from scipy.stats was doing what I wanted for truncated data because 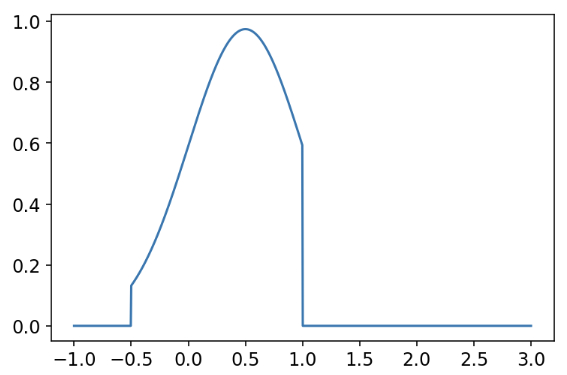 But I should really have checked the code to see what it does.

Yep, that is where I got Heckman correction from. No idea how to implement in PyMC3 though.

I just noticed that the wikipedia article on the truncated normal distribution actually says this:

[The truncated normal distribution] is used to model … censored data in the Tobit model.

So, as you say, a truncated distribution is not appropriate for truncated data . So it seems that “truncated” is, rather unfortunately, a statistical homonym 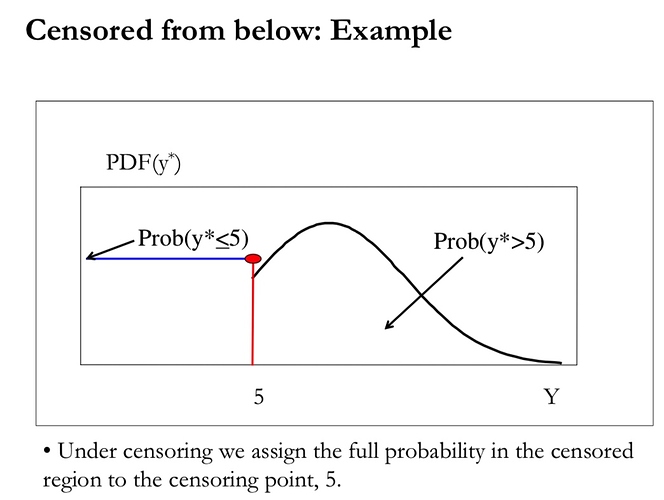 This is really really not explained in an accessible way, at least to me as a non professional statistician. Maybe it will be clearer when this book turns up, but if anyone has any recommendations for clear and accessible info on censored (or truncated) regression then I’d be interested.

I did some simulations (just ML now, no PyMC3) and it seems that using a custom likelihood which does add the prob mass of truncated regions to the bounds does solve the bias (red circles). Regular regression with normal likelihood (black circles) underestimates the slope. Using scipy.stats.truncnorm just gives you bias in the opposite direction (blue circles) 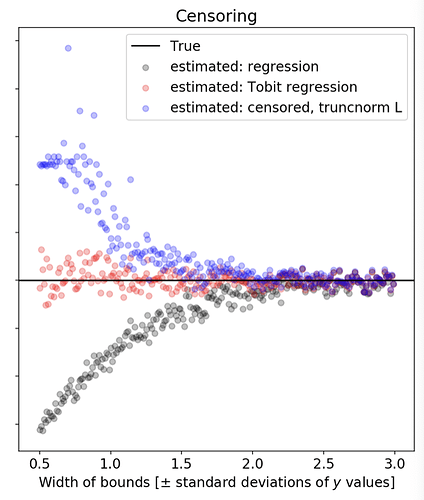 I think I might take this to stats.stackexchange.com as this is no longer really about PyMC3 as such.

One day I’ll get my head around this.

pm.Bound does not do re-scaling, so a mathematical truncated normal is indeed pm.TruncatedNormal

It is a bit weird that the scipy.stats.truncnorm gives bias in opposite direction tho

TruncatedNormal results in many chain failures when ever I try to use it.