Am I correct in saying that the minibatch mode doesn’t work with NUTS?

I am actually not sure if plain minibatching would work with any MCMC method for that matter. Detailed balance would likely be messed up if different parts of the data are exposed to the sampler at different iterations.

Feeding Posterior back in as Prior (updating a model) Development

It is possible to use the MeanField and FullRank approximations as priors for a new fit? I’m thinking of a use case where a model is trained on some initial data, the posterior approximation is stored, and then the model is updated on new data at a later date. So structurally like mini batching the data, but where the batches are observed over time (and potentially even a fully online use case, but not necessarily). Here is a working example learning a normal mean with 20 batches of size 15, s…

There is some work in the literature on mini-batch MCMC but suffice to say you’d need to write your own inference algorithm there. Within PyMC your best bet for a large data set is minibatch variational inference.

What I was referring to in the linked post is something more like Streaming Variational Bayes. However that’s not available in any of the major probabilistic programming languages. The problem with SVB is that the inner loop (run on each mini batch) requires convergence of your optimiser, which in practice is not as fast as just training an SGD optimiser against the entire dataset.

Can you share some details about the model you’re trying to fit?

Speaking of this, I remember I had this twitter conversation with Dan Simpson last year: 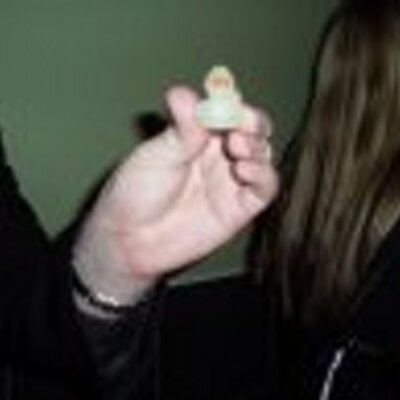 @junpenglao It's much easier if you subsample the data and *then* do the MCMC. (You can average over selection later.) Friends don't let friends add unnecessary extra randomness to their algorithms

Also, pseudomarginal methods tend to take a geometrically ergodic algorithm and make it no longer geometrically ergodic. And not GE = not useful because there’s no central limit theorem. (That’s not strictly true. But it’s almost true. Most of the time you don’t luckily land in one of the bigger classes of non-GE Markov chains that still satisfy a CLT)

I don’t see why subsampling woukd break detailed balance, surely as long as individual moves are reversible then we’re ok in this regard?

The system is a hierarchical logistic regression model. I have a lot of data (about 200k samples, a single random-effect i.e. grouping variant and quite a few fixed effects). Right now I’m using ADVI, but I’m aware that it ignores correlations in the posterior distbn.

Hi erlendd - have you looked at FullRankADVI, or normalizing flows to add structure to your posterior? You can do something like NFVI with some number of householder transforms (plus scale/loc) if you don’t want to go all the way to FullRankADVI (or if you want something even more complex).

Actually I’ve always had problems with FullRankADVI - it runs and about 1/3 of the way through starts giving NaNs.

I’ve found that reducing the learning rate and/or examining the scaling of the parameters can help with the -inf/NaN. Agreed in general though - it often goes off track, and that’s why I tend to use NFVI /w some number of HH transforms to move between totally correlation-free posteriors and full rank ones.

Do you have some examples of using NFVI? The other day I was just discussing with @ferrine that we dont have a good practical example of such.

Hi @junpenglao, I don’t have any illustrative examples that would be really ideal for teaching people about the areas that NVFI is useful in. Mostly just really domain specific use-cases :S Sorry.

Often I find myself just using it in the situation kinda like the OP - where I want to use ADVI, but FullRank is unstable and I anticipate only needing a ‘bit’ of correlation (in some hazy, unspecified way), or I feel wild and adventurous and want to try using planar flows to modal bimodality (note: this never really works). I imagine a good tutorial might have to be some kinda standard problem (GLM? Hierarchical model?) that we engineer back-to-front to be mildly ill-suited to vanilla advi, and walk people through the differing complexity of approximations available and show the way it moves us toward a more exact inference like NUTS.

This is off base from the main discussion here, but I did a few basic experiments of my own for mean-field vs full-rank ADVI earlier this year: https://gist.github.com/ColCarroll/d673a3af7169bd713bcbdb9445d4a543

Re: Nan’s with FullRank. I think this is because the cholesky decomposition is not stabilised in the current implementation. A notebook with a failing case like that would be great to let me assert that is indeed the issue.