I’m trying to infer the (2D) location and strength of multiple Poisson point sources from many observations. I’m a bit unfamiliar with the standard terminology, but I’ve looked into mixture models and Poisson regression for this. Here is a quick MWE.

I create a ‘true’ detector path and set of sources:

I can’t show the counts and trajectory figure as a new user, apparently, but it’s easy enough to confirm that this produces a Lissajous pattern in X and Y and a counts vs pose plot with a handful of spikes in the O(10k) counts range.

Then I define my model:

But the traceplot results are pretty terrible, getting the x0, y0, and A all incorrect: 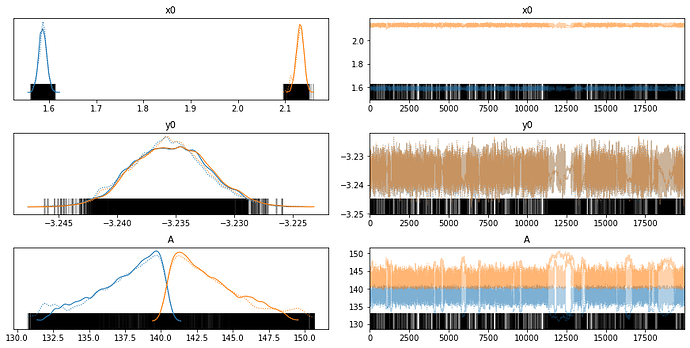 I can confirm that this works perfectly well when I only use one source in the true and inferred model, e.g., just the last source. Again I can’t embed the plot, but the results are pretty good, though maybe a bit biased. The MCMC forward-projected counts agree quite well with the observed counts, too.

So it seems to be the addition of the second source that is ruining the results. Does anyone have any tips on how to improve things?

A few other notes:

Results are substantially improved by only applying the tr.ordered to one variable, e.g., the x0: 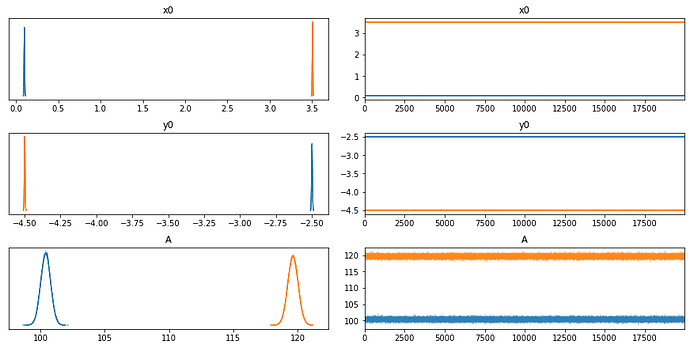 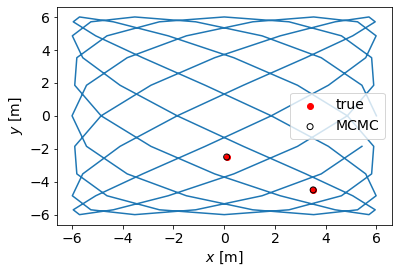 However in the future I may want to model e.g. a line of sources all with the same x0. Is there a more general way I can order my variables?